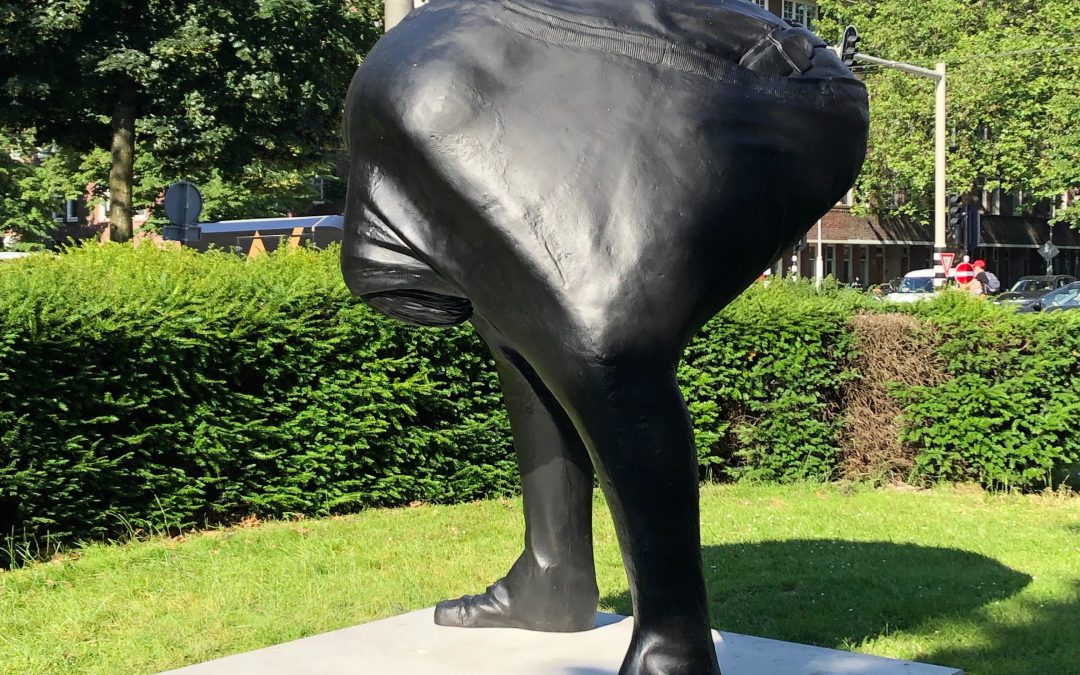 When I saw this sculpture I had to think of the saying: ‘burdened by or suffering from …’. As a bereavement counselor, what came to mind was somebody suffering from grief or burdened by guilt, shame or regret. And these latter feelings are very heavy, something I know all too well. Do you recognize this as well?

‘If only….”, is a question that keeps running through your head. It did with me after my boyfriend died. For sure in the beginning you often think, if I had done this or that, then it would have played out differently or it would not have happened at all. I called Paul (my boyfriend), from the office and the phone was already ringing as a colleague approached my desk with a question for me. I hung up the phone and thought I’ll call back later, not knowing that there would be no later! In hindsight Paul died around that time, so I always wonder whether I would have been just in time or just too late. I will never know…

You can feel guilty that you could have done something differently or have omitted to do something to prevent the loved one from dying. We may unrealistically blame ourselves for things over which we had no control. Know that feeling guilty doesn’t mean that you are guilty.

Those feelings may need some attention, and it is important to acknowledge them, but remember to look at the big picture. They are a part of a larger picture that may capture more aspects of the relationship. In case you have these feelings and you would like to talk about it, feel free to contact me directly or leave a message under this post.